The Bolsa Chica Conservancy is a revered and well-established environmental group that recently acknowledged one peer group with its Conservator of the Year Award, which was bestowed upon the Orange County Water District. The Bolsa Chica Conservancy has been leading Southern California coastal conservation efforts for over 20 years. Their specific definition is “a non-profit, non-political organization established to ensure the preservation, restoration, and enhancement of the Wetlands in Huntington Beach, CA.” It was an impartial award given to the OCWD and its “…major strides in protecting the environment and had a major regional impact,” commented Bolsa Chica Conservancy Executive Director Grace Adams.

And the Conservancy is not the only group acknowledging the OCWD. Adams also pointed out that the Water District has “…nationally acclaimed programs that are being benchmarked all around the world, not just the country.” The OCWD oversees one of the largest reserves in all of California, servicing over 2 million residents. It’s efforts towards conservancy include a recycling program which replenishes groundwater at a staggering rate of 70 million gallons of water every day. They also manage its own wetlands district near the Prado Dam, which was where a variety of endangered songbird, the Least Bells Vireo, has made a near complete recovery as a species.

Stories such as these remind one why Orange County and the Huntington Beach area specifically are such wonderful places to live. We take the preservation and beautification of our lands and coastlines very seriously. They are two of the signature features that prospective home buyers seek out when choosing to buy Huntington Beach real estate.

If you’d like to hear more about the benefits of living in Huntington beach, I’d be be happy to share them with you. Please give me a call to learn all about available Huntington Beach homes for sale.

END_OF_DOCUMENT_TOKEN_TO_BE_REPLACED 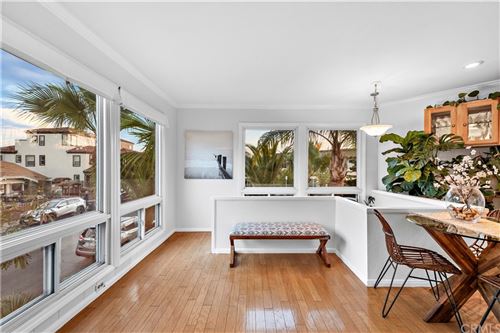