Hey there this is Jeb Smith, Coldwell Banker Residential Brokerage in Huntington Beach. And today I’m back talking about discount brokerages. More specifically today talking about Opendoor. Opendoor is a company, let me back up for a second. Discount brokerages are companies that will come in and list your house, sell your house for a reduced commission. Typically in the real estate world commissions have been somewhere between five and six percent. There’s no set amount but generally over the years commissions range somewhere between five and six percent total and that total is divided between the listing agent and the buyers agent. So a discount brokerage is someone that is willing to come in and list your house for a reduced fee.

The buyers commission is something you’re still going to pay. So even when they say hey we’ll list your house for say 1%, there’s still a buyers agent commission on the other side of usually 2.5%, 3%. So that 1% then becomes either 3.5% or 4%. So when you hear the 1%, it’s enticing because it sounds like you’re getting a huge discount when in fact you’re not really getting that big of a discount at all. Because a lot of times you’re giving up something in order to use one of these smaller brokerages or these discount brokers if you will. So just because they’re doing it from 1%, don’t think you’re getting a deal and saving 1.5%, 2.5% on the transaction. In fact you’re probably losing money because these companies aren’t coming in, doing the marketing, the advertising, the exposure necessary in order to help you get top dollar for your home to begin with.

But that’s another story. But I want to talk about Opendoor for a minute. So Opendoor is a company that is willing to come in and make you an offer on your house. It’s a cash offer. And what they’re willing to do is come in and instead of you having to list your house on the open market if you will, on the MLS, have open houses, buyers walk through, et cetera, they’re just willing to give you a cash offer for your house and I think you’re able to pick the closing date. Somewhere between I think their website says somewhere between ten and 60 days or something. I don’t know the exact number. But something along those lines. And their whole premise is that you avoid having to deal with open houses like it’s a huge stressor and this big to do to have an open house.

In my experience, open houses, a lot of times help sell a house. A lot of times it’s to benefit the agent themselves, but in a lot of cases I’ve sold houses off an open house. People have driven by, they weren’t even looking. Online happen to see the house, made an offer, and they ended up buying a house. So open houses do work. But let’s say we’re going the strategy of Opendoor where they’re just making you an offer on your house. It sounds like a great idea because you avoid the headaches or what have you of having to list your house, get it ready, what have you. But keep in mind the things that they’re factoring in to their offer. So they’re factoring in things that need to be done to your property. They’re taking that into account when offering you a price.

So they’re giving you a reduced amount to buy your house, they’re charging you at least what I’m charging you if not more to sell your house, and then they’re also one of their pros if you will on their side of the plus or minus chart if you will is that you’re not paying any concessions when selling a house. A concession is something that you’re giving back to the buyer in order to help them with the transaction. Sometimes you’re doing repairs on the property. That’s a concession. Sometimes you’re paying for home warranty. Sometimes the buyer asks for closing costs. And that’s a concession. In my entire career I’ve never given up anything close to the amounts that they’re talking without building it into the price. So they’re factoring that you selling your house is going to concession somewhere they said two to three percent. So on a $600000 house they’re saying you’re going to pay somewhere between $12000 and $18000 in concessions.

Not true. Never had that in my entire career where I’ve had to pay, where sellers had to pay a buyer that much in concessions without factoring it into the price of the home or the price that we put out there initially. So what sounds like a good deal with them coming in and offering you an amount on your house, the end of the day you’re getting less money for your house. You’re not getting market value. You’re paying more money in commission. And you’re losing money. You’re losing money by not putting it on the open market and getting that emotion involved when buying a house.

Selling a house is an emotional process. People buy emotionally. They justify logically. So as an agent, my job is to do the marketing, the exposure necessary to get eyes on your property, to get people in your property and if we priced it right at fair market value you’re going to get people in there that have seen the marketing that we’ve done online that have some emotion tied to the property. Those are the people that we’re targeting. Those are the people that are going to make offers on your house and those are the people that hopefully bid your property up. If we’ve listed your house correctly you’re going to get market value for your house with the marketing and exposure that we’ve done in order to get you there.

So by going with a discount brokerage, they’re not doing that. Opendoor is a completely different deal because they’re just paying you a cash offer up front. And selling your house and then they’re reselling it on the back end. Other companies like Purple Bricks, Rex, these guys all they’re doing is charging you basically less of a commission and not doing anything to help you sell your house. So it’s more or less a for sale by owner. But they’re just putting it out there on the MLS for other people to see it. Let’s be honest, you’ve got to do more than just putting it on the MLS in order to sell your house. So you know that’s where marketing and advertising comes into play. Getting your property in print, getting it on social media, getting it on TV, doing all of those things are what’s going to help you sell your property for the most amount of money and the quickest amount of time.

So you know, if you have additional questions about discount brokers, selling your house, buying a house, would love the opportunity to help. Please reach out to me directly. Again, Jeb Smith, Coldwell Banker Residential Broker Chair in Huntington Beach. 714-376-2711. Also if you want more information about me check out my other videos on YouTube and visit my website. Jebsmith.net. I appreciate you taking the time to watch. Look forward to seeing you again next month. Make it a great day. Bye.

END_OF_DOCUMENT_TOKEN_TO_BE_REPLACED 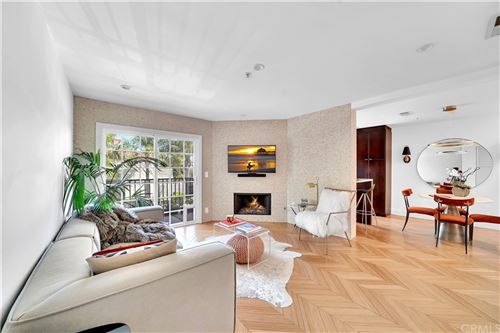